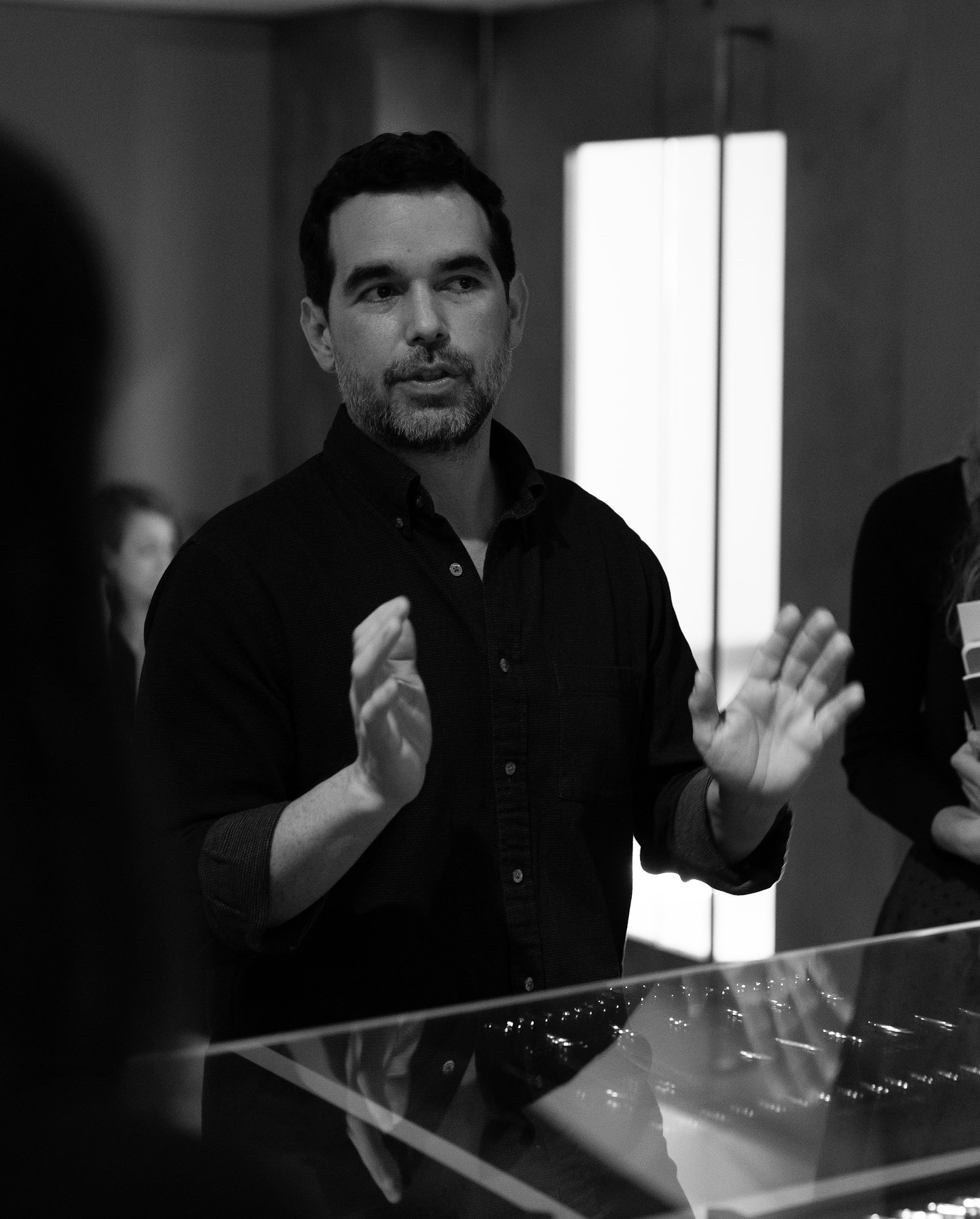 …for me to begin to talk about ’the sacred,’ I have to start with music.
—Dario Robleto

Dario Robleto’s transdisciplinary art is a transformative experience—for the artist, the materials, and the viewer. Often referred to as a “materialist poet,” citizen-scientist, philosopher, and DJ, Robleto is all of these things; he has dedicated his practice to finding meaning in the human experience. Passionate about music from an early age, his artistic approach often involves “sampling” and “remixing” relics from the past to create works imbued with new meaning, whether he is melting down a Billie Holiday vinyl record to form clothes buttons, splicing a Patsy Cline recording until it turns to spoolable thread, or melting a Tammy Wynette album to coat the tips of arrows.

Robleto’s prints Untitled (Shadows Evade the Sun l) and Untitled (Shadows Evade the Sun ll) focus on amateur fan photography at live music concerts, allowing us to call up our own experiences of attempting to capture a star on stage. Each “Polaroid” in the print’s composition is created from a found vintage photograph taken at a live concert. Musicians represented in the series include Charlie Parker, Ella Fitzgerald, Elvis Presley, and Nina Simone, among others. By removing any figural element from the images, Robleto isolates the stage lights, which resemble stars captured in NASA photographs. In this series, he blends science and romance: connecting the idea of light waves from a star in space— and how the light never really diminishes (light waves keep traveling even long after the star dies)—to the idea that the “live” event never dies, that Sam Cooke’s artistic light continues to burn.

“It’s about the transformation. It’s about what was hidden inside of it that only the artist’s touch could have teased out through alteration,” Robleto has said. ”And that’s Alchemy 101 probably. And I like thinking of myself in that lineage, that through transformation of materials that there are other things at stake in the transformation, some of it being spiritual, even.”

Jazz and the Gospel