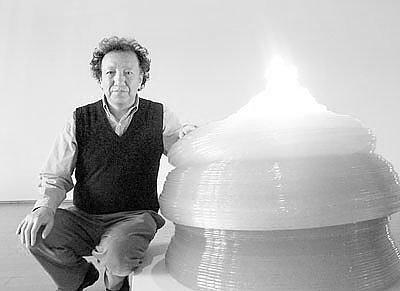 Go to Artist Website
Kazuo Kadonaga was born in 1946 in Ishikawa, Japan, and currently lives and works in the same prefecture. The artist descends from a forestry family, yet chose instead to pursue creative endeavors the late 1960s. Initially he explored painting, but in the early 1970s, Kadonaga eschewed the personal, artistic expression of his own hand, opting to examine processes which allow for his chosen materials to become their own self-representing subjects. His works expose the medium’s innate characteristics, which often determine the artwork’s final form. Although early on in his career he was impressed by the works of Arte Povera, Mono-ha and Process artists, Kadonaga soon developed a practice which deeply and systematically explored materials from the inside-out.