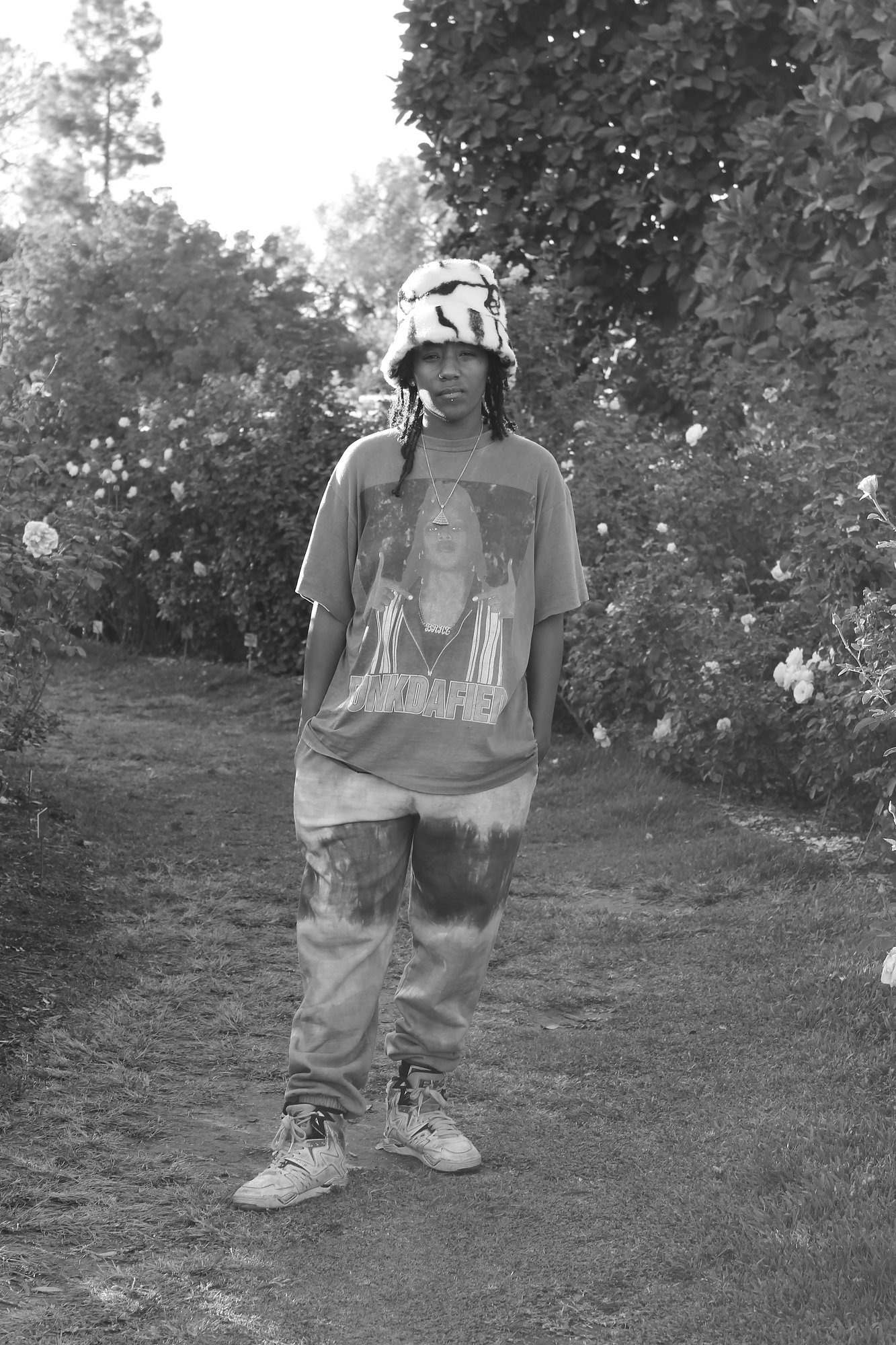 Lauren Halsey first catalogued Black churches of South Central LA using platonic silhouettes, upturned pentagons with crosses jutting heavenward like broadcast antennae. Imagine a Monopoly game piece, if one meant to build gospel mills on the Black spaces of 96th or Crenshaw. She tagged these shapes with the names of local houses of worship, diagramming infographics of Black Baptist socialities where the moving on up was spiritual and material, the things of the Holy Ghost turned to the thangs of the Holy Hood: Halsey’s inventory of Black people getting down to get over. Greater Love Baptist Church. Opportunity Baptist Church. Security Missionary.

These images were more map symbol than documentary, and in this way anticipated Halsey’s 2020 sculptural painting installations that play on three-dimensional dreamscapes and “South Central LA business taxidermy.” One wouldn’t be wrong to suspect that what Halsey truly wanted to record were the church names, not their architectures. Here was Black incantation, spells shifting time and space, Watts into Mount Moriah.

With We Still Here, There, Halsey moved from symbolic to the miniature, staging congregations using tchotchkes; their small size and earnest kitsch swelled the scale of her Promise Lands; fragmented, iridescent CD surfaces acted as stained glass and haloes; a P-Funk preacher ushered in worshipping figurines rocking their Sunday best as a choir sang on silently. The sculpted congregants, like the flesh-and-blood museumgoers, entered a sacred chamber of Halsey’s design, disappearing into bright darkness.

Fluent in her vocabulary of saturated Black imagery, Halsey’s pursuit of the spirit drove her to the pyramids—houses that project both futures (the afterlife) and pasts (treasures amassed). The influence of the panel carvings characteristic of this period in Halsey’s art making is perhaps most immediately legible in her compositions for Otherwise/Revival, along with the reflective foil etchings developed alongside the aforementioned business blocks. But more deeply, a crossroads of aspiration, community, vernacular archive, and the teeming noise—the ocular funk—that is actually signal, waits below the surface. These works are inspired by the church bulletin boards of Halsey’s re-memory.

Networks of homemade design, religious education, mom-and-pop advertisements, and cultural presentations, church bulletin boards record an aliveness that goes further than community communication but manifests projections of both futures (flyers for coming events) and pasts (flyers that haven’t come down).