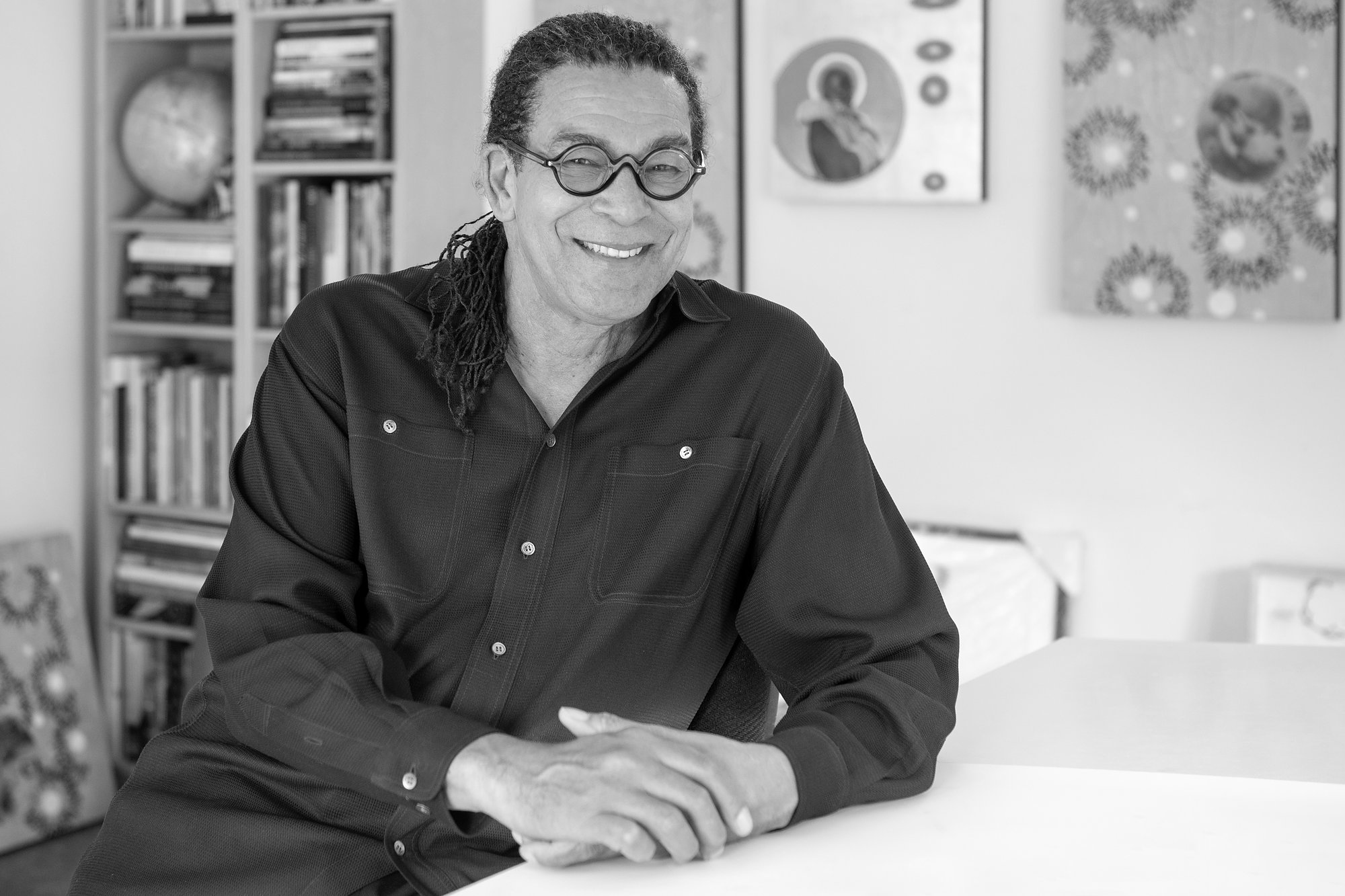 During the restoration of Chartres Cathedral in 2017, cleaning Notre Dame du Pilier did more than just remove centuries of dirt and incense smoke from what was known as the Black Madonna: it returned the sculpture to its original rosy white complexion. This wasn’t just removing pigment but changing skin color, with the complicated racial history rising off its surface like an aureola. Mark Steven Greenfield’s Black Madonna series enacts the opposite: his icons transfigure traditional (and white) Catholic imagery into an iconography for the Black experience.

In each painting, Greenfield creates gold leaf borders featuring small mandala-like tondos of his cryptic glyphs (a visual representation of the artist’s decades of transcendental meditation). Instead of lily- white figures, Greenfield paints jet-black Madonnas and Christ childs, occasionally adding elements like hairpicks or sunglasses to flatten the distance between the present and religious past.

In the backgrounds of many, the artist depicts inverted images of racial violence where Nazis, Klansmen, and others are victimized. But this is less revenge fantasy and more Greenfield’s attempt to disturb viewers into confronting racial violence—and find their way back to the central images of divine love. “It is my hope that these Black Madonnas, like the icons so valued by the church, will serve as both witnesses and teachers,” he says. “They are intended to engage and subvert our expectations… to be both disturbing and edifying.”

In Collateral, Greenfield draws on religious motifs and his own work with rival gangs while director of the Watts Towers Art Center. In the central panel, the Virgin Mary gazes blankly in grief as she holds a Black body of Christ. Sneakers pile up on the floor, a symbol that evokes promising lives cut short. Members of the Crips and Bloods stand to the left and right in front of bandanas and buttresses, looking out at the viewer. Greenfield brings the traditional pietà into the present, suggesting that the innocent lives lost in the crossfire of gang violence and the suffering Christ are one and the same.

In St. Moses the Black aka Abba Moses the Robber, a Black monk draped in robes and holding ritual objects stares calmly at the viewer. Is it the artist himself? An Ethiopian saint? In the Black Madonna series, past and present fold together, and each dignifying gaze asks the same question: Do you see us?