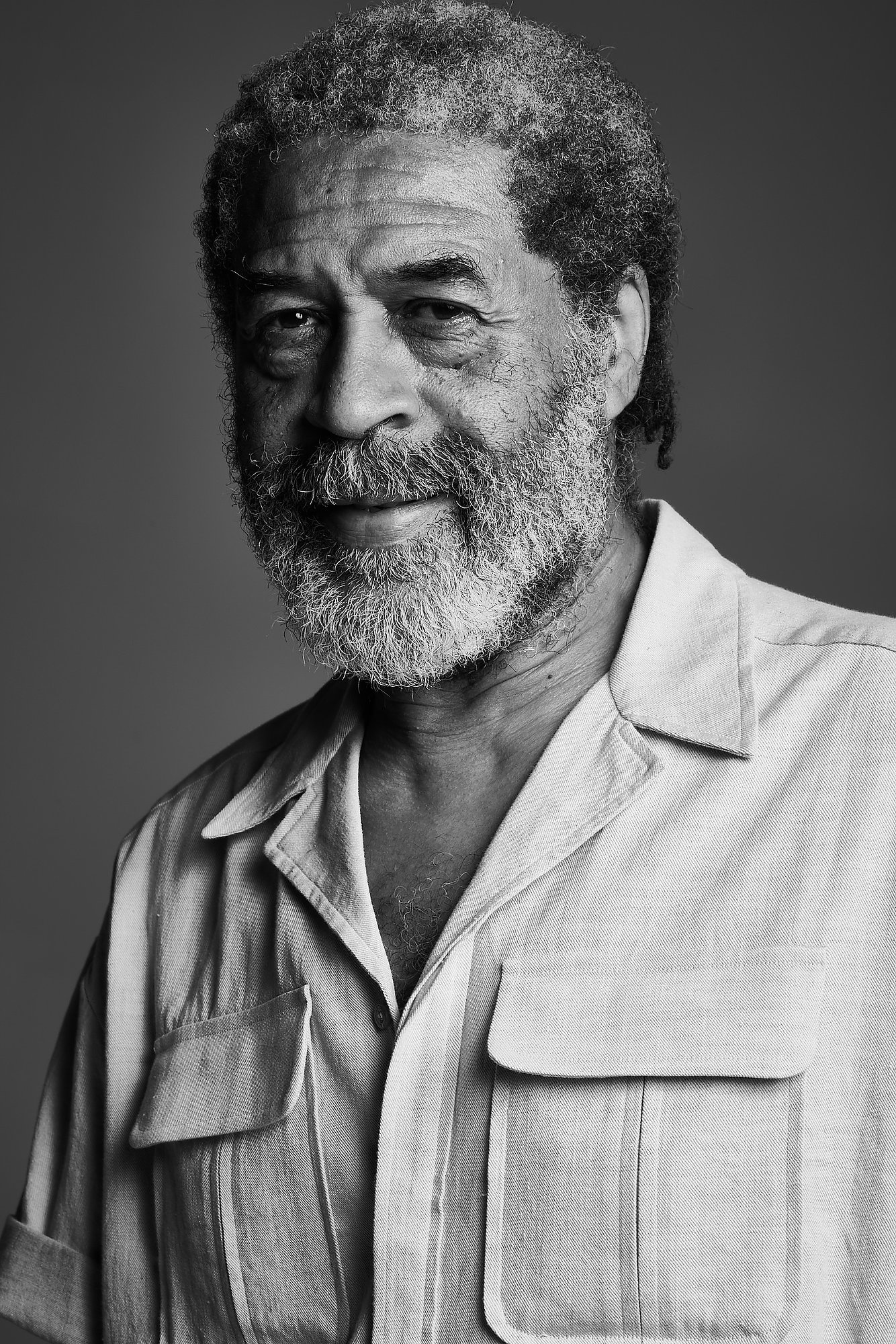 On the surface, McArthur Binion’s delicate crosshatch and repetition might recall the artworks of Agnes Martin or Jasper Johns, but as viewers walk toward his grid works, an unexpected texture emerges: photocopied pages from address books, birth certificates, and images of the artist’s hand. “The geography of my life becomes what I call the under-conscious of the work,” he says, and Binion’s “under-conscious” brings the grid back to Earth.

According to art critic Rosalind Krauss, grids act as an “infrastructure of vision.” They’re like the reflective surface of windows which do three things at once: “admit light—or spirit,” reflect the self, and frame perception. In his Hand:Work series, photocopied images of Binion’s own hand, a “place of origin,” merge and circumscribe the pattern foregrounding the labor of art making. In DNA: Black Painting V, a collage of his birth certificate acts as underpainting for the vertical and horizontal lines. Binion’s infrastructures of vision then direct people toward the subjectivity of the Black artist himself. “They are about raw intelligence, as opposed to academic intelligence,” he says. “I’m looking for something that’s beyond language.”

His search started early. Binion was born in a rural home in Mississippi, picking cotton at the age of three. When he decided to leave his family’s church at fifteen, he had to mop floors on Sundays as punishment. Years later, as the first Black artist admitted to Cranbrook, Binion found his way to New York where he befriended artists William T. Williams and Sam Gilliam. At the center of the Black Arts movement, Binion still preferred an almost monastic painting practice, keeping regular hours and waking early to paint in the quiet morning—a practice he continues today in his Chicago studio.

Now, Binion is exploring more explicit religious forms. In 2020, he began work on a project of minimalist altarpieces in Italy. The project expresses concerns always present in his work: a desire to ground the transcendence of the grid in the viscera of being a Black artist in America. In the series healing:work, deep blue and red curves seem to push up against silvery grey and golden-hued backgrounds. The under-conscious, often Binion’s own handwriting, creates a semantic texture. The grid holds it all together, an unspoken text where language—and prayer—might emerge.