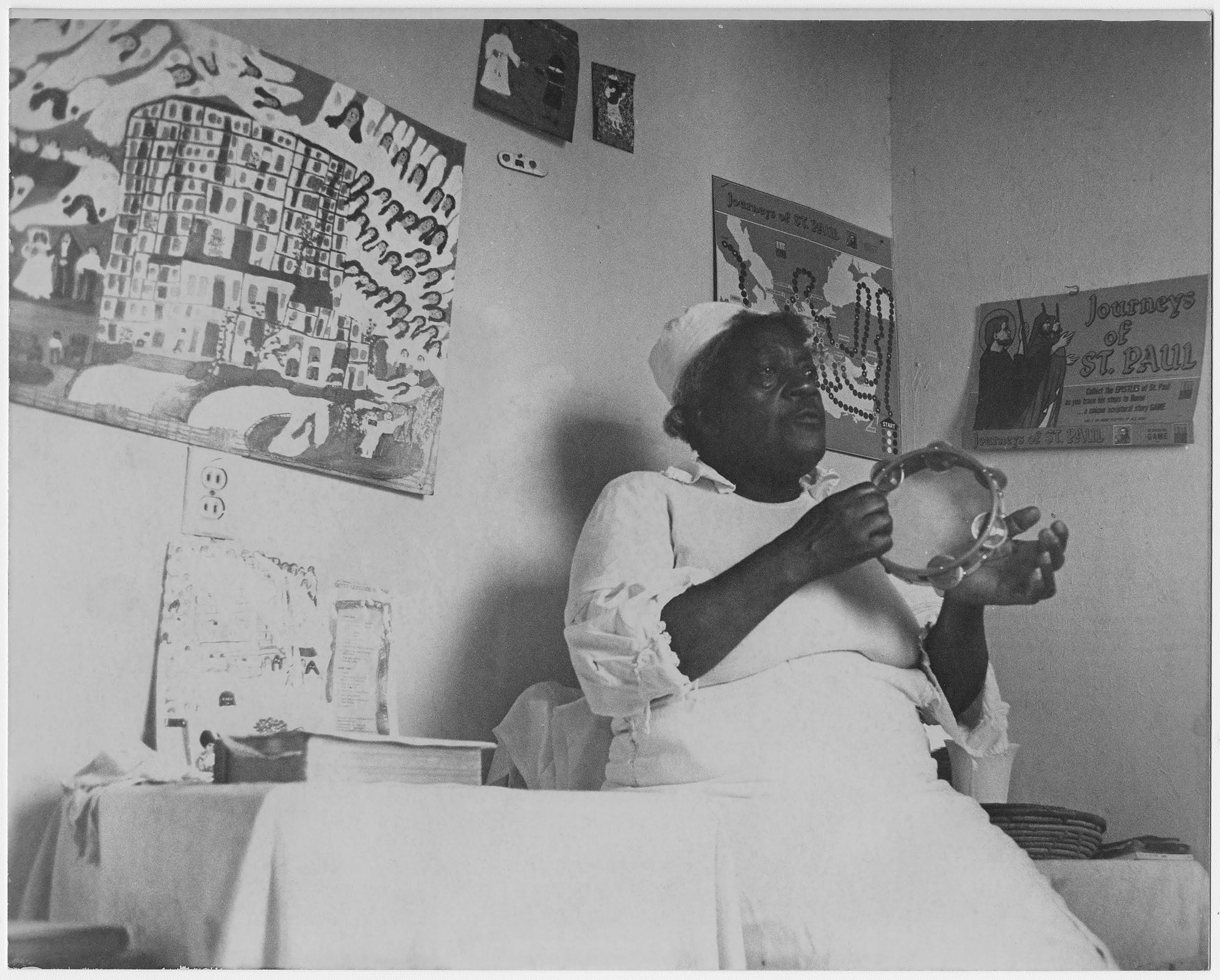 “I guess my paintings spread the word; they represent something. They get me a living, of course, and help out the mission here … I am a missionary of Christ before I’m an artist. Give all the fame to some other artist. I work for the Lord. Now don’t forget to give Him credit.”

A street preacher who became an artist, poet, and musician, Sister Gertrude Morgan was guided throughout her life by visions from God. Her artistic talent was a conduit to express her religious fervor and illustrate her teachings. Self-taught, Morgan created artworks when the Spirit moved her, using found materials such as cardboard, window shades, wood, signs, and more. Her imaginative compositions often incorporated text to emphasize important themes or to cite Scripture verses. Later in her career after 1970, Morgan devoted the majority of her paintings to biblical scenes from the Book of Revelation, which focuses on the second coming of Christ. Her recurring imagery depicts the Book of Revelation’s theme of the New Jerusalem, which represents the Holy City for Christ’s followers and the fulfillment of all God’s promises. Morgan’s interpretations of this abstract, spiritual concept often include a large multistory building shown in cross section to reveal empty chambers and Christ preparing for His marriage to Sister Gertrude, as shown in New Jerusalem Court and Untitled (New Jerusalem). “And I saw the holy city, new Jerusalem, coming down out of heaven from God, made ready as a bride adorned for her husband.”

Born on April 7, 1900, to a poor rural family in LaFayette, Morgan moved to New Orleans in 1939 to begin her missionary work as a singing street preacher and soon joined the Holiness and Sanctified denomination, a church where the services praised God through music and dancing. In the early 1940s, Morgan adopted the title “Sister” when she worked with two other street missionaries, Mother Margaret Parker and Sister Cora Williams. The three women built a chapel and opened a children’s shelter; the center closed down when it was destroyed by a hurricane in 1965. Morgan then moved to St. Bernard Parish where she became a nurse to a woman whose house later became Morgan’s Everlasting Gospel Mission.