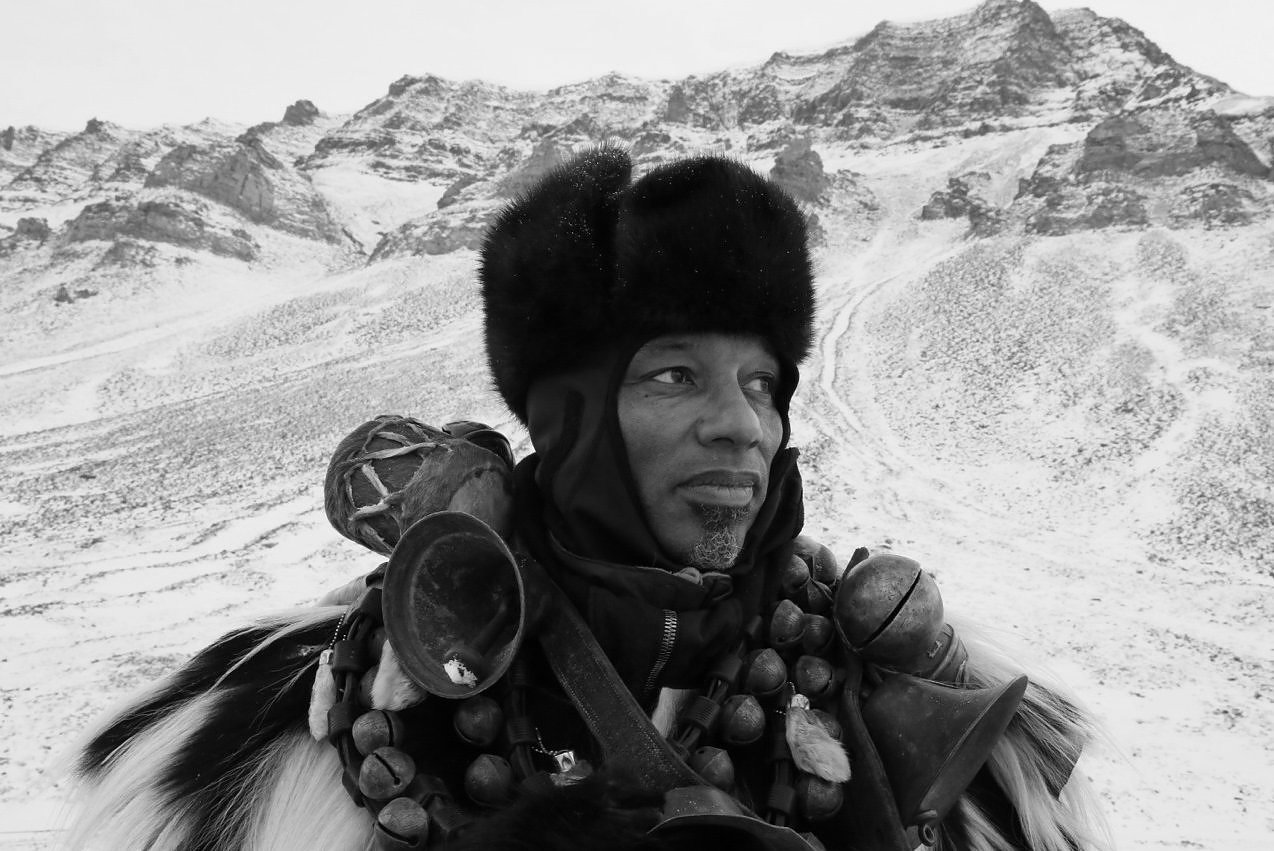 Norfolk, Virginia, a port city, was the nexus of the Underground Railroad during the first half of the nineteenth century, and hundreds of enslaved Africans and African Americans left the port for sanctuary in northern areas. Out of this moment grew local organizations such as the United Order of Tents, a secret society of Christian African American women founded by Annetta M. Lane who recognized a need for women to support each other in the new free world. The group, named after the nomadic shelter used along the Underground Railroad, is still active today, dedicated to cultivating a “fountain of purity and love such as will be a joy to the living and a source of consola - tion to the bereaved.”

Norfolk is the title of Terry Adkins’s sculpture featured in Otherwise/Revival. While Adkins never stated that he intended to uncover the history detailed above, it is natural to draw connections between the tailored net that veils the bass drum and the ropes of a tent or ship. The grid of letters printed on the drum’s surface could be linked to the coded language employed along the Underground Railroad to securely usher enslaved men and women to freedom. And the drum itself stands as a symbol of the rallying cry for the Black community across the generations. Norfolk has the aura of a relic.

In fact, Norfolk is part of Adkins’s Visionary Recital project for which he combined found objects, musical instruments, and text to create abstract portraits of individuals whose histories had been suppressed or mis-represented, for example those of George Washington Carver, Jimi Hendrix, W.E.B. Du Bois, Ludwig van Beethoven, and Bessie Smith. Incorporating materials embedded with inherent history into a formal minimalist aesthetic, Adkins created his own visual language located somewhere between the American South craft tradition and modernist sculpture. Charles Gaines, a longtime collaborator with Adkins, once wrote, “Adkins intertwined the tropes of spirit and magic with history to advance both the African American as a subject of history and an African American subjectivity.”

Adkins cited an early exposure to the Catholic Church as an influence: “An architectural space meant for ceremony as well as contemplation had a profound effect on me.” Like the relics and icons of the Catholic Church, Adkins’s objects contain a potential energy, and in their specificity, open themselves up to multiple readings, in turn embodying a space of possibility.