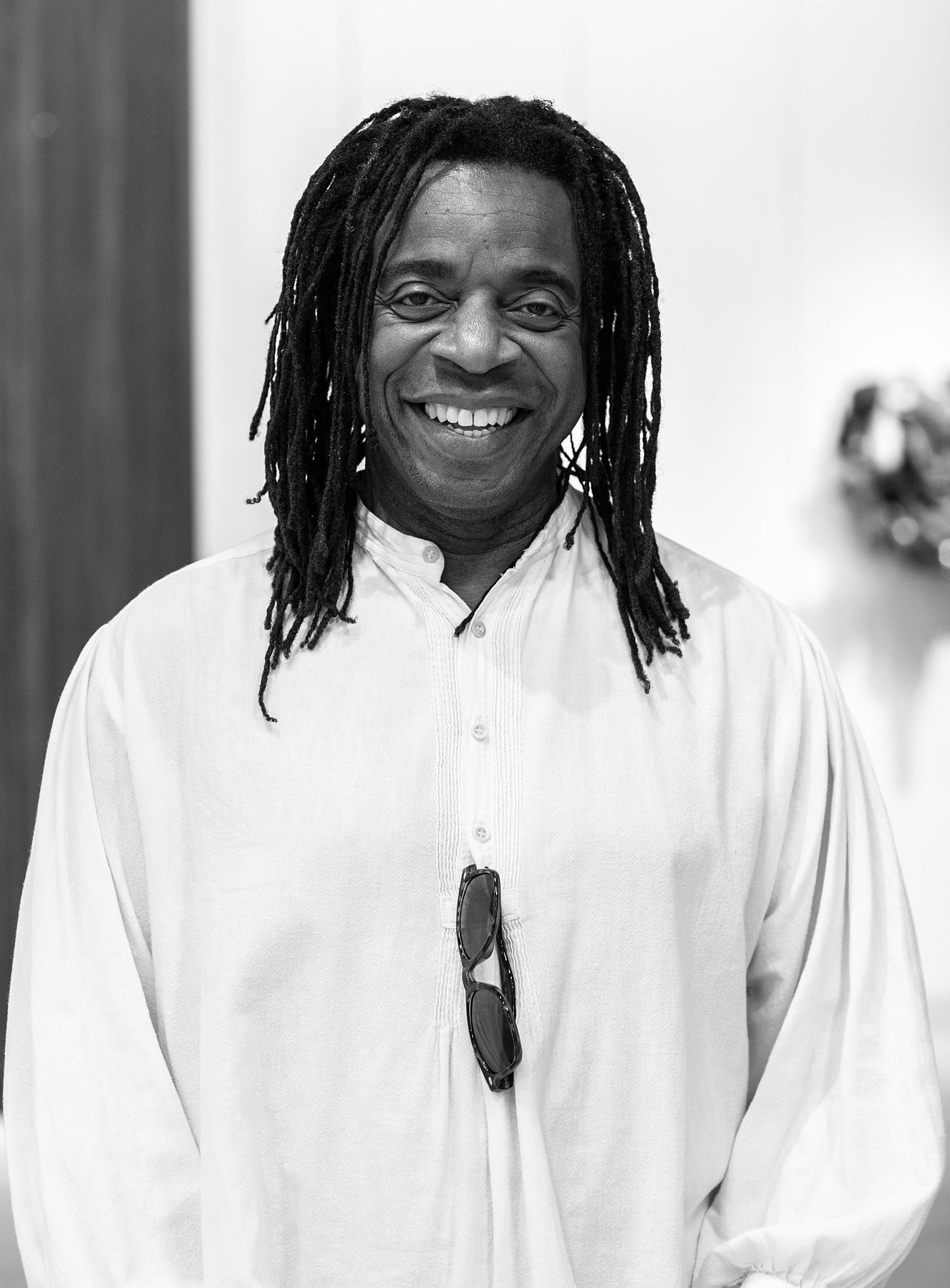 “Everything has life, even inanimate objects,” Willie Cole reflected in a recent interview. “The essence of you is in the world … you’ve left some dust.” A self-named “perceptual engineer,” Cole works at the intersection of material, perception, and history. Water bottles, ironing boards, thrift store shoes—in Cole’s hands, recombining these discarded objects reanimates both the materials and the marginalized histories they contain.

Like Giuseppe Arcimboldo’s infamous vegetable portraits, many of Cole’s sculptures leverage apophenia, the psychological phenomenon by which recognizable forms emerge out of unrelated stimuli. While he shares a playful tone with Arcimboldo, Cole’s sculptures have a more serious purpose than only optical illusion: “I make African things out of American things,” he says. Informing his search for found objects is his interest in the ritual objects of the Senufo and Bambara tribes, mandalas, labor, and his own family history. These are the themes and subjects that emerge from his sculptures. More than readymades, where the meaning resides with the individual artist, the meanings of Cole’s works draw on African and African American history. In works like Shine, an ancient tribal mask seems to emerge from the discarded shoes, provoking viewers to reflect on complex histories shared by the materials and emerging form. These things have left their dust, and Cole helps viewers shift their gaze to see it.

The merging of perception, history, and ritual is perhaps most visible in the artist’s series Mother and Child. Bronzed black high heels hold together in pleasing symmetry, but the longer one looks, two figures begin to emerge: a Black woman crouching with a child on her back. In lieu of a stroller, the figures evoke African babywearing. The title itself turns assumed narratives of Western art history on its head; this is no white Mary with the Christ child in her lap. The eyes continually shift between shoes as objects and the African sculpture, merging and complicating consumerism, religious history, African American identity, and the dignity of women carrying generations on their backs.

“I read everything as living. Things designated as ceremonial objects, I sense the power in those things,” Cole says. “My ritual objects come with life, come with history.” Viewing Cole’s work is a way to practice looking with the artist’s own playfulness and sensitivity— not just at the discarded objects but at the accumulating dust of history itself.