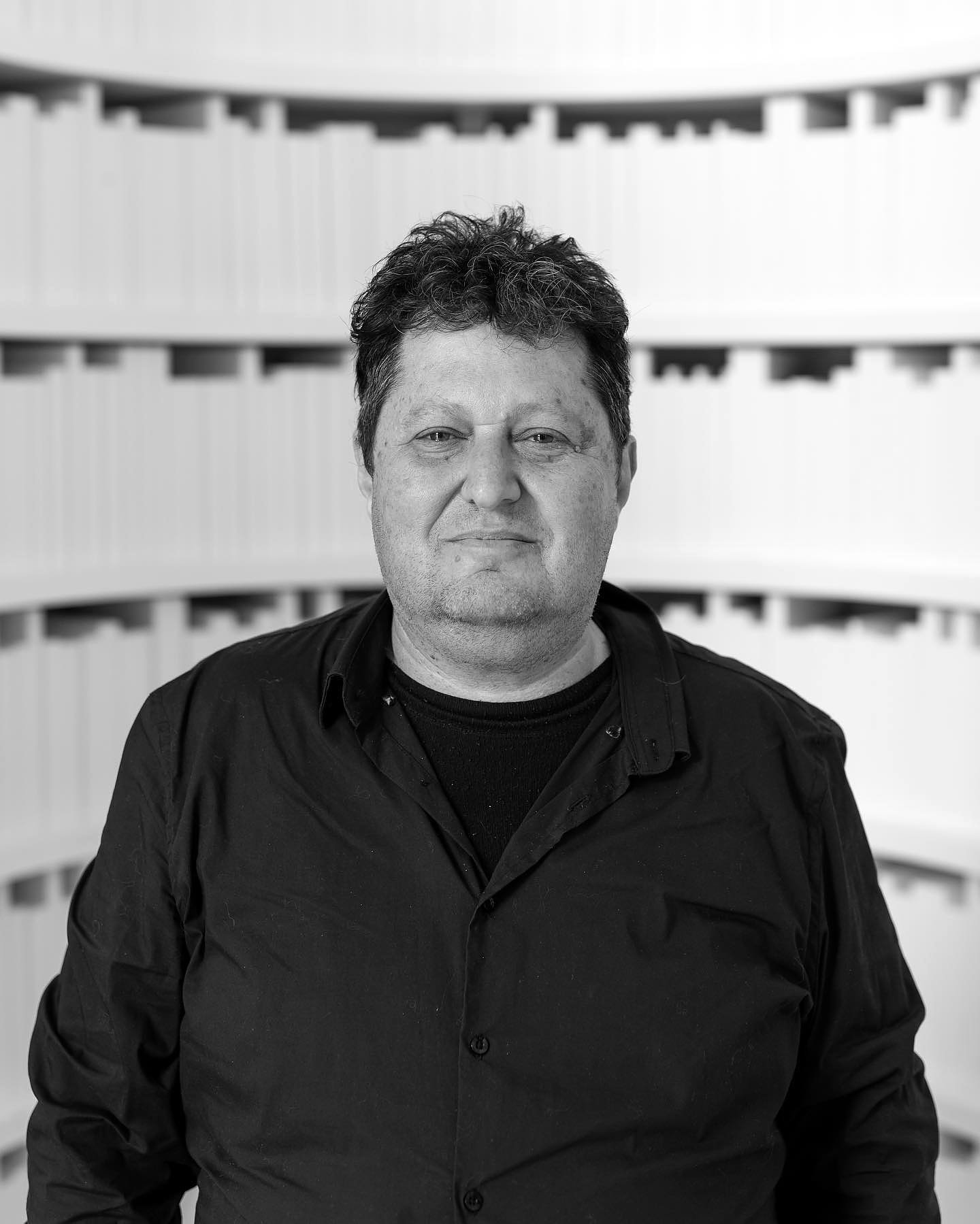 Belu-Simion Fainaru lives and works in Haifa, Israel and Antwerpen, Belgium. He holds a B.A. degree in Art and Philosophy from Haifa University and a M.F.A. in Art and Design from University of Chicago, USA. Further studies include Domus Academy, Milan, Italy and the Bruxelles Royal Academy of Art, Belgium.

Fainaru‘s works were exhibited at the 1992 Documenta in Kassel, the 1993 Venice Biennale, the Sonsbeek, Biennale in Holland and the 2006 Biennale in Havana, Cuba. Previous solo exhibitions include Israel Museum in Jerusalem, S.M.A.K. Museum in Ghent, M HKA in Antwerpen, Lehmbruck Museum in Germany and Saitama Museum in Japan. He is a guest lecturer at universities in Belgium and Japan, and has been teaching in the Department of Architecture at the Wizo Academy, Haifa, Israel since 1984. In 2008 he initiated the Mediterranean Biennale and since 2010 Belu-Simion Fainaru has been the artistic director and curator of the Mediterranean Biennale of Contemporary Art, Israel.