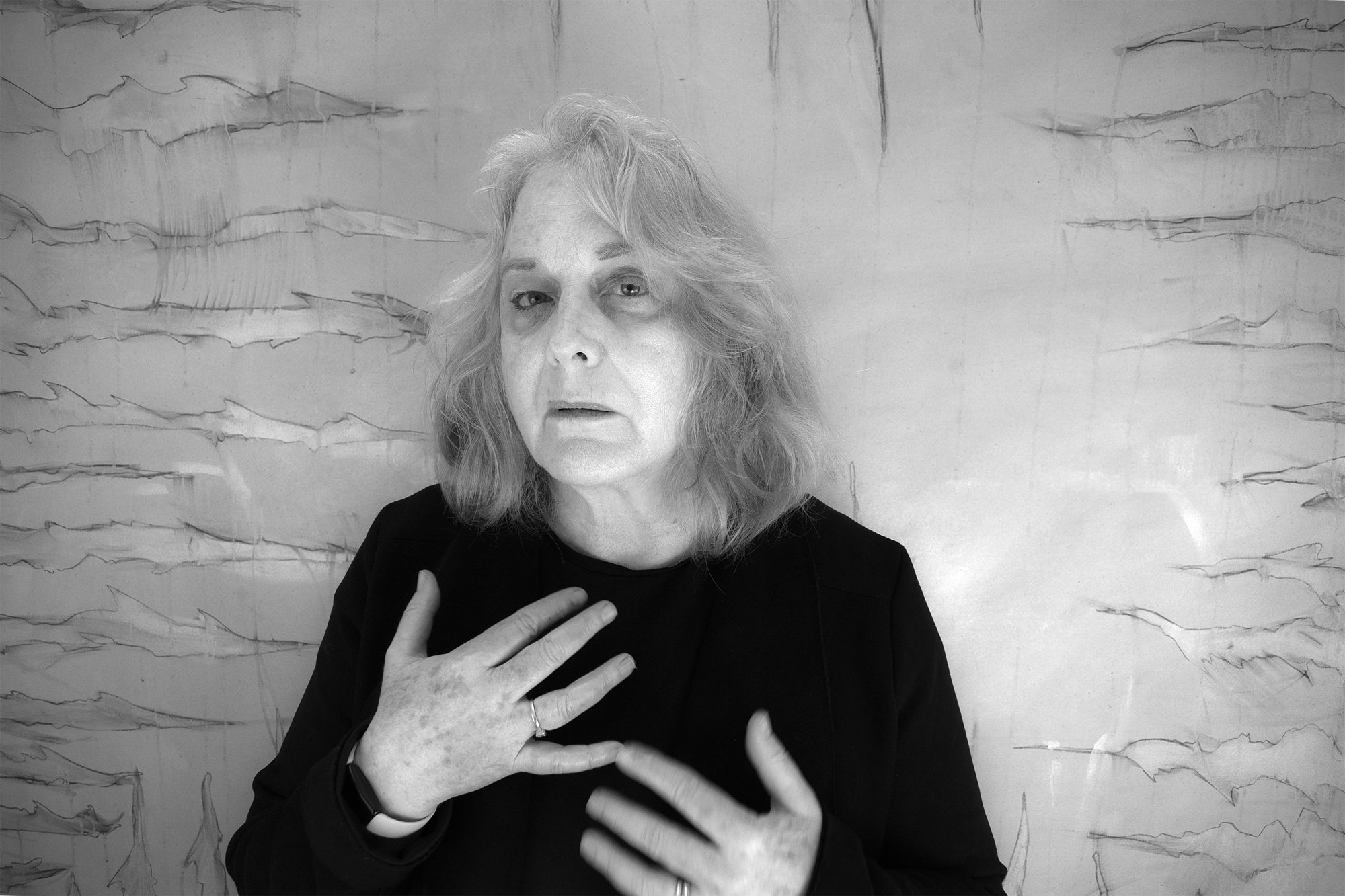 Shape-shifting is the ability to transform and is a departure point for Shapeshifters, Christina McPhee’s series of drawings that she began in 2019 at Ucross Foundation in Wyoming located on indigenous land of the Crow and Lakota nations. In Lakota spiritual culture “ … physicality is not as solid as it appears, but is a constantly shifting and flowing expression of energy that can be manipulated and transformed.” Shape-shifting sparks the regeneration of community “into practical ways of life embodied in good relationship with harmony, balance, abundance, peace.” The drawings are titled after the Enigma poems by Baroque Mexican poet Sor Juana Inés de la Cruz (1648–1695) who, through riddles, grappled with the unrest and breakdown of community during a time of plague in Mexico.

In the drawings, McPhee used shellac and metallic ink on handmade kozo washi paper, creating a choreography of flames that trace the contours of the grasses and creek beds of the Plains, and dance themselves into a revival-like frenzy. Contemplating the question of despair, the drawings condense atmospheres of a spiritual storm, surviving, with Sor Juana, in states between snow and fire.

McPhee has been translating external and internal environments for decades. In her large-scale abstract drawings, she processes and releases the violence enacted in the land—oil spills, earthquakes, fire—as well as traumas to the body through a layering of glyph-like marks and uncontrolled washes. Her works conjure lamentation and praise simultaneously.

Jesus contained shape-shifting polymorphic attributes. Church father Origen wrote in AD 248, “Although Jesus was one, he had several aspects; and to those who saw him he did not appear alike to all.” As an example of this, the transfiguration could be considered: “His face shone like the sun, and his clothes became as white as the light.”