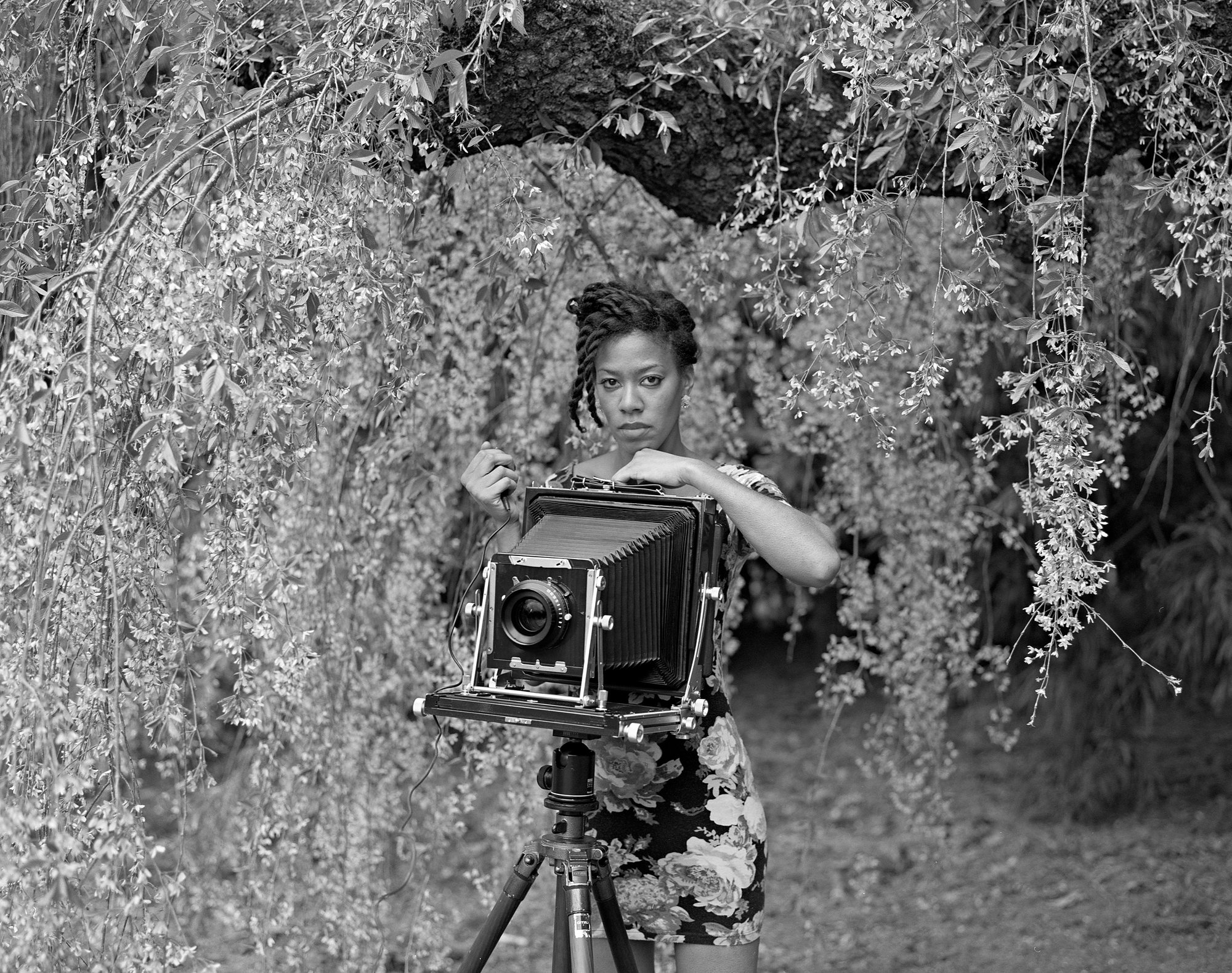 Prelapsarian: characteristic of or belonging to the time or state before the fall of humankind. Innocent, unspoiled. Otherwise. Prelapsarian is the word that writer Zadie Smith hand-picked to describe Deana Lawson’s photographs for her essay “Through the Portal” in Lawson’s 2018 Aperture monograph. It is now the lens through which I and many others view her photographs of Black women and men in their homes and gardens, from a kitchen in Detroit to a church in Ethiopia; they are small slices of Eden. Lawson’s photographs—in the lineage of other sensitive image makers such as Diane Arbus and Carrie Mae Weems—are dignifying.

The Garden was the first work selected for Otherwise / Revival. The photograph offers what the sermon of the Black church has done since the earliest gatherings—an account of the biblical narrative that includes descendants of Africa. In it, Lawson depicts the first man and the first woman—Adam and Eve. The woman is pregnant, and her spouse lovingly leans his head against hers, his hand on her abdomen. Her expression is not one of joy but one of sorrow. It is an image balanced on the precipice; darkness encroaches behind dense lush foliage. The photograph’s time period remains ambivalent; the woman’s melancholy might foreshadow the pain to come, be it the repercussions of the biblical fall of humankind or the displacement of Africans from the Congo sent to the Americas. For a conversation with Interview Magazine in 2015, Lawson described making this powerful piece:

“The image references Eden, a scene in Hieronymus Bosch’s The Garden of Earthly Delights. I imagined my Eden to be located in the heart of Africa, the heart of the world—the mighty Congo. So I traveled to DR Congo in 2014 in search of the paradise I knew existed, despite years of the conditioning of Congo as a site of crisis. I found my paradise in a small village in a town called Gemena. It was there that I staged The Garden using local subjects I met on my journey. It was the most challenging image psychologically to create because I had to decolonize my imagination of the Black body and the landscape of Africa. The Garden represents ’oneness’ in several complex layers: the subjects depict a sacred union within the Black family, the body is at one within the plant world of Africa, and most of all, the subjects are at one with the Creator.”