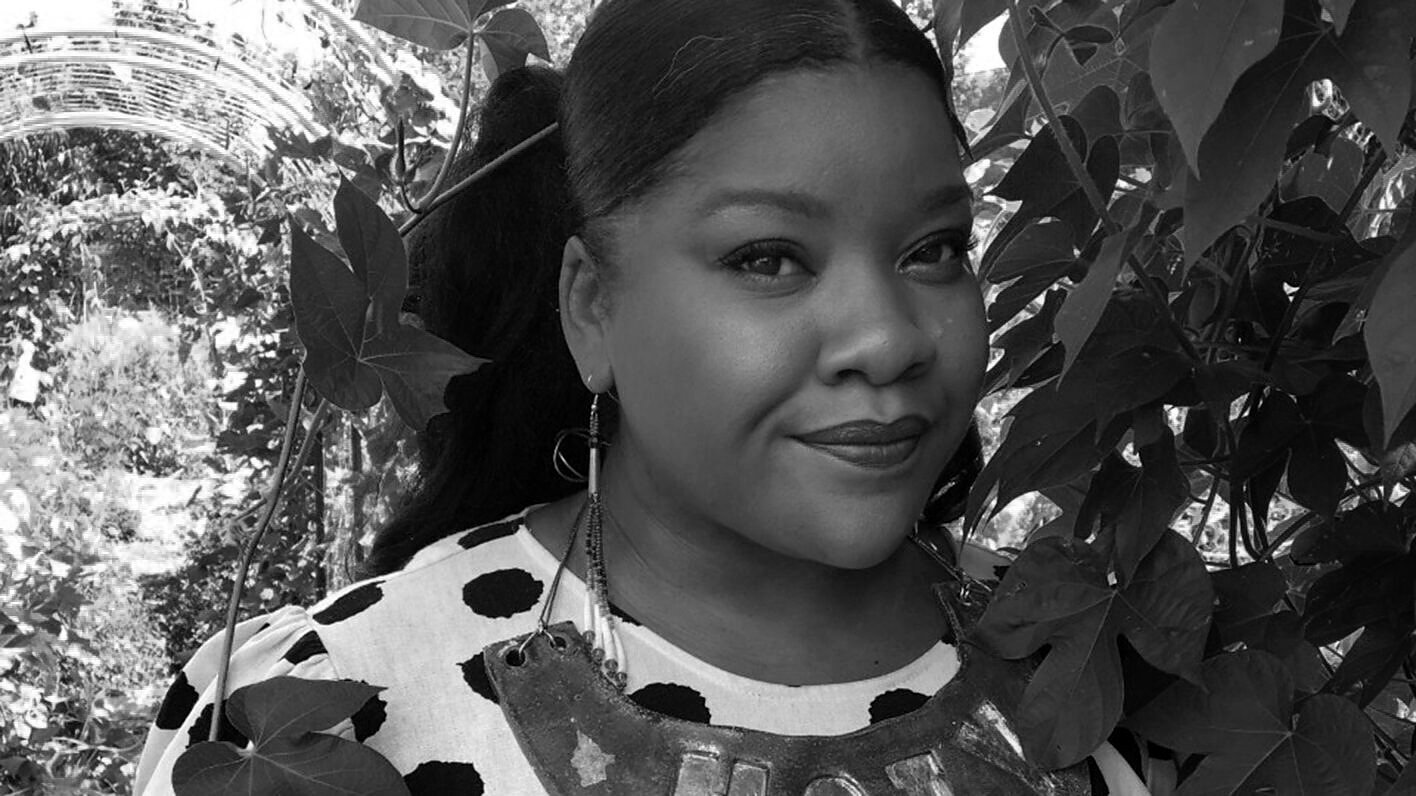 A visual storyteller, german utilizes assemblage and mixed media, combining locally found objects to build protective ritualistic structures known as her power figures or tar babies. Modeled on Congolese Nkisi sculptures and drawing on folk art practices, they are embellished with materials including beading, glass, fabric, and sculpted wood, and come into existence at the axis on which Black power, spirituality, mysticism and feminism converge.

Based in Homewood, Pittsburgh, german’s artistic practice is intertwined with and inextricable from her dedicated role in activism and community leadership. In 2011, german founded the Love Front Porch, an arts initiative for the women, children, and families of the local neighborhood that began after she moved her studio practice onto the front steps of her home. Three years later, in 2014, german opened the ARThouse, which combines a community studio, a large garden, an outdoor theatre, and an artist residency.

Upholding artmaking as an act of restorative justice, german confronts and begins to dismantle the emotional and spiritual weight imposed by the multi-generational oppression of African American communities. As a queer Black woman living in the United States, german has described this as a deeply necessary process of adventuring into the wild freedom that the inhabitation of such identities demands. This activist instinct emerges in german’s work to postulate powerful narratives of freedom and love.

german has been awarded the 2015 Louis Comfort Tiffany Foundation Grant, the 2017 Jacob Lawrence Award from the American Academy of Arts and Letters, the 2018 United States Artist Grant and, most recently, the 2018 Don Tyson Prize from Crystal Bridges Museum of American Art. german joins Kasmin after working with Pavel Zoubok Fine Art, now private dealers, for the past ten years.