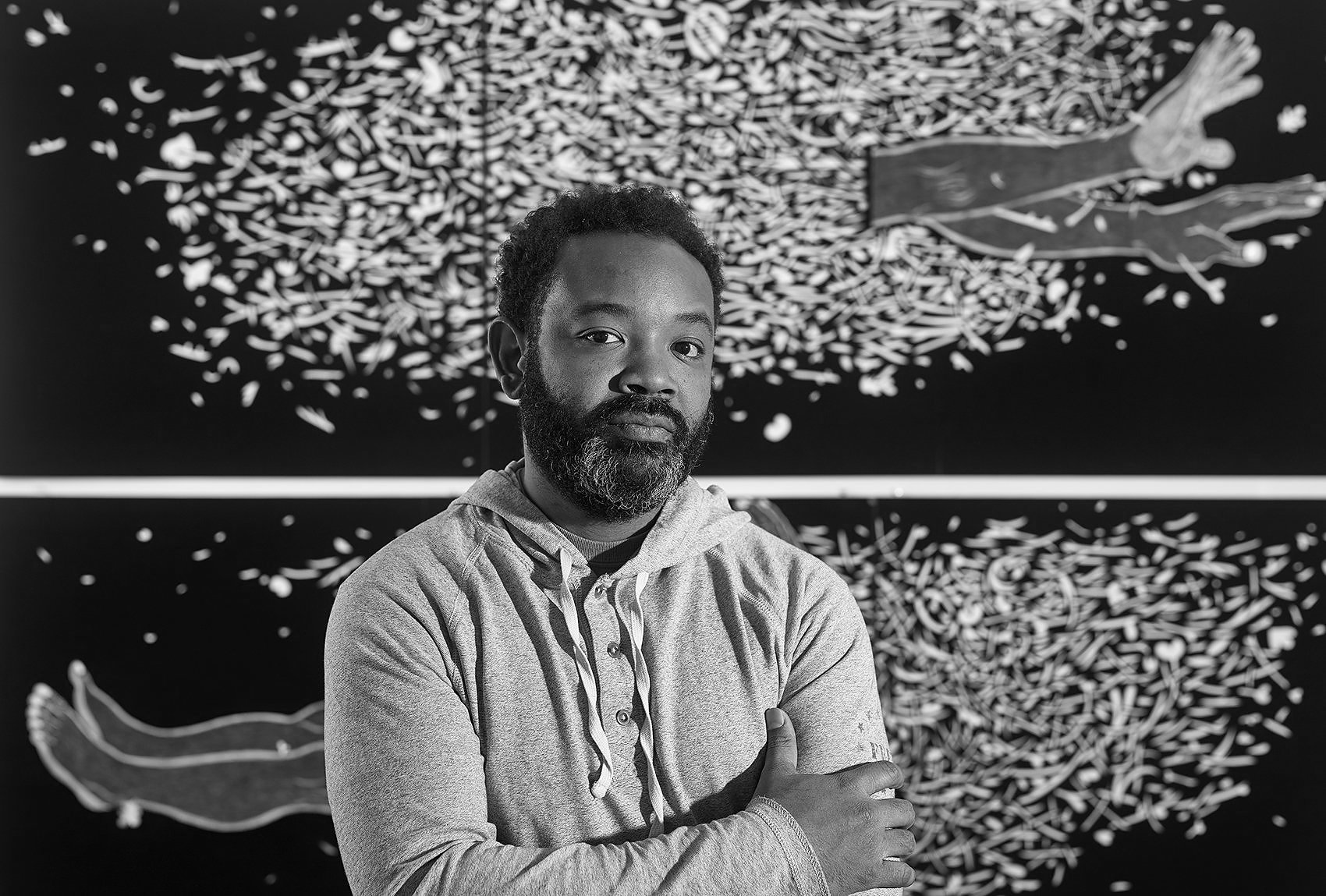 William Villalongo navigates the politics of historical erasure directing his work towards a reassessment of Western, American and African Art histories. Working out of the notion of Blackness as a verb he reframes familiar images, events, and themes in our cultural landscape. He explores dualities such as male-female, visibility/invisibility, humanity/nature incorporating appropriations from ancient myth to contemporary politics. This vast time frame narrates a conversation between images by which current existential concerns of representation are made more visible. Villalongo’s figures are held somewhere between magic and the factualness of being in a body, desire and discord. The surface and materiality of the work breaks between flatness and dimensionality, making the presence of the object an important measure for understanding it. Seeing and recognition become critical metaphors for the artist in framing his subjects.

William Villalongo lives and works in Brooklyn, NY. He was born in 1975 in Hollywood, FL and raised in the town of Bridgeton, NJ. Villalongo is the recipient of the prestigious Louis Comfort Tiffany Award and the Joan Mitchell Foundation Painters & Sculptor’s Grant. His work is included in several notable collections including the Studio Museum In Harlem, The Whitney Museum of American Art, and Princeton University Art Museum, El Museo del Barrio and Denver Art Museum. His work has been reviewed in Art In America, The New Yorker and the New York Times. Villalongo is currently represented by Susan Inglett Gallery, New York and is an Assistant Professor at The Cooper Union School of Art.