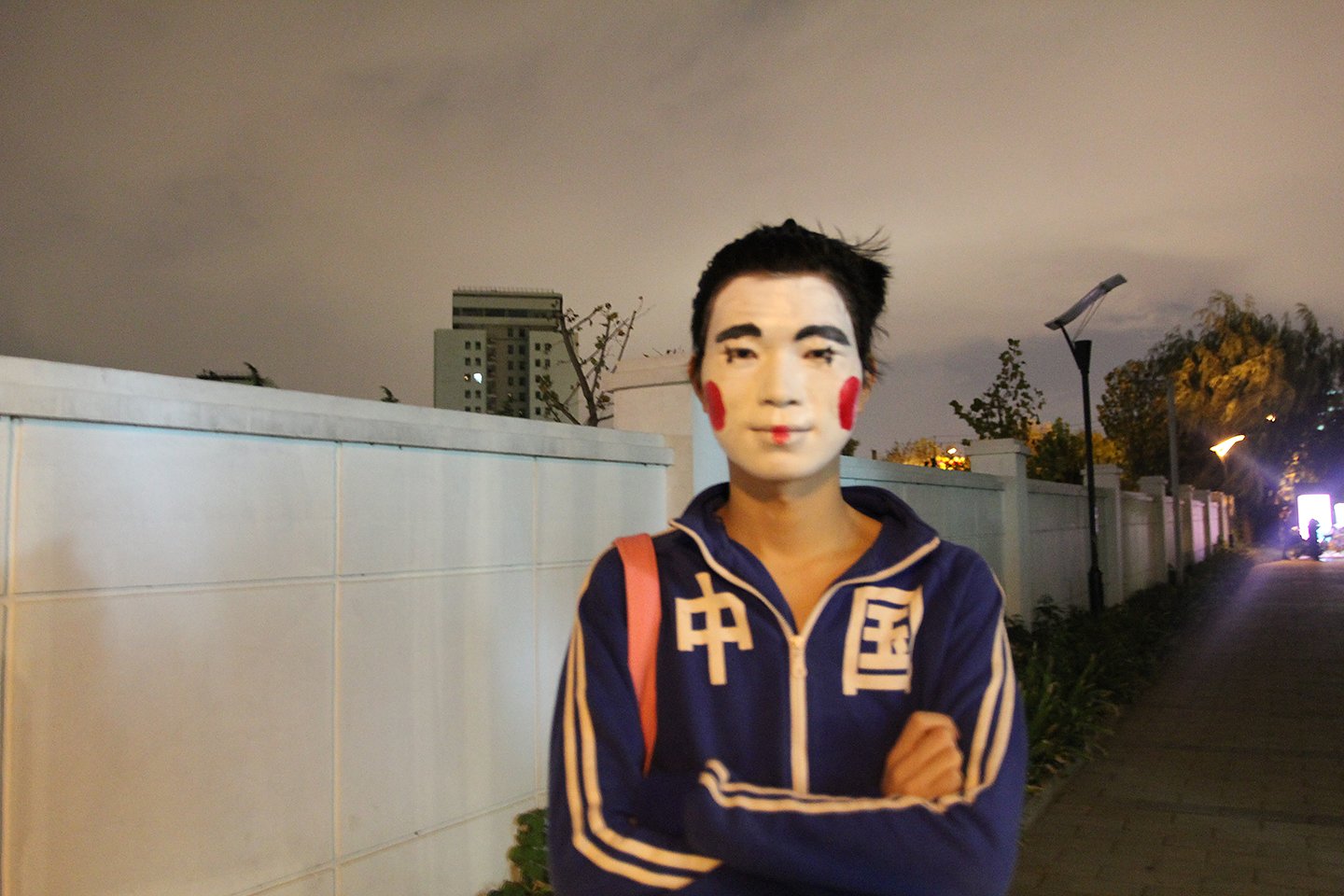 As a young and energetic artist, Deng Tai consistently observed his surroundings and pushed limits to express himself through performance art. Some of his performances in public spaces throughout the city were documented by James Elaine and other friends. The ecstatic and melancholic images suggest the intensity of Deng’s struggle to negotiate a marginal and subversively exuberant identity in China’s fast-changing, yet traditional, society.

Deng Tai was born in 1987 in Sichuan, China; he lived and worked in Beijing until his death in 2012. Deng attended Sichuan Technology and Business College and the Beijing Institute of Fashion Technology. In 2016, he was honored with a solo exhibition at MoMA PS1 in NY and, in 2015 and 2012, solo exhibitions of his work were presented at Telescope, Beijing. Deng’s work was included in The First Edition of Changjiang International Photography & Video Biennale at the Changjiang River Contemporary Art Museum, Chongqing, China, and in 2013 in “中” (Zhong), a group exhibition at the Not Vital Foundation, Ardez, Switzerland.