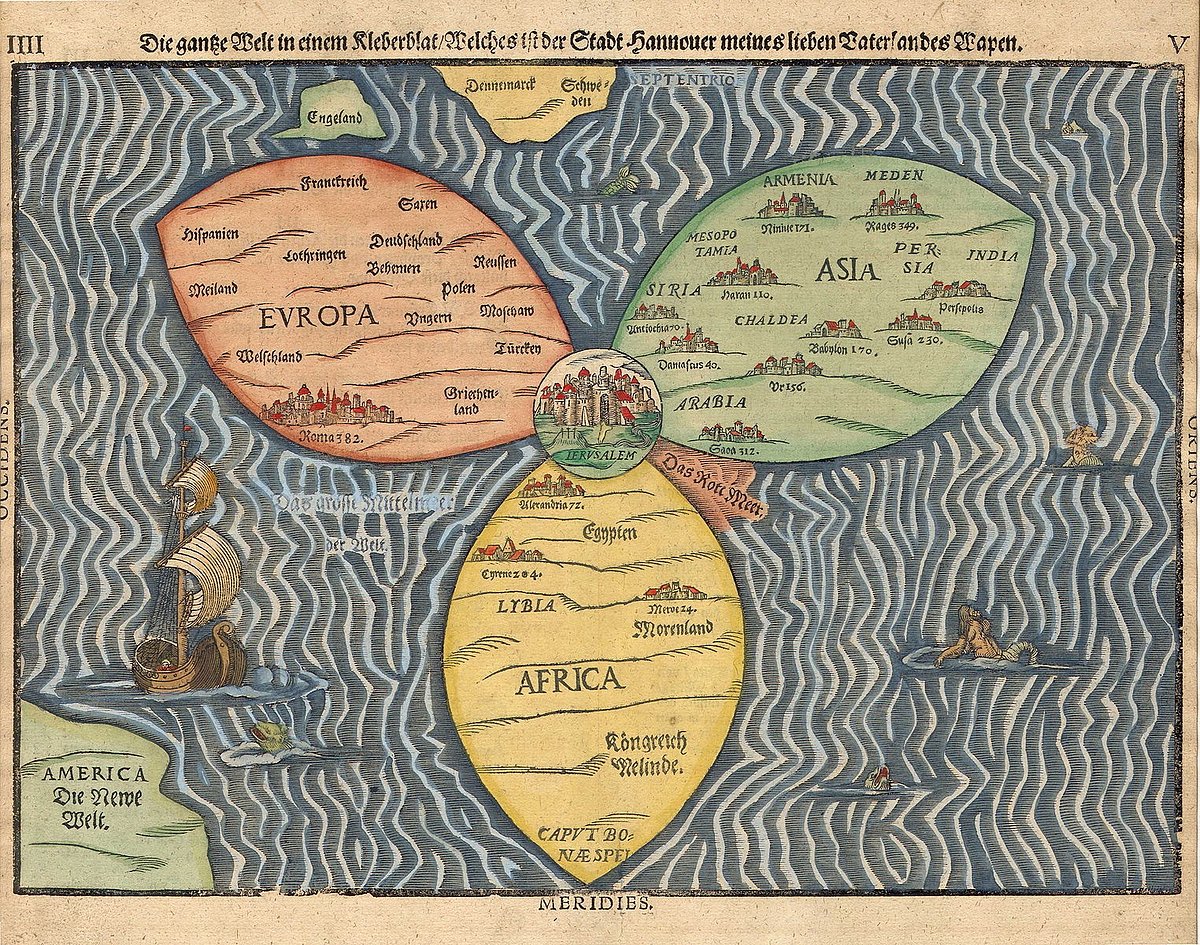 Heinrich Bünting, Die gantze Welt in einem Kleberblat / Welches ist der Stadt Hannover meines lieben Vaterlandes Wapen (“The entire world in the shape of a clover-leaf, which is the emblem of the city of Hannover, my beloved homeland”), 1581, woodcut print.

In the 1280s, the Chinese emperor Kubla Khan urgently needed to ally with Christian Europe against the kingdoms of Islam. For such a mission to explore those strange new worlds and new civilizations, what better envoy to choose than the brilliant Christian monk Rabban Bar Sauma? The first hand records of Bar Sauma’s amazing mission allow us to trace his odyssey from Beijing to Baghdad, and on to Rome and Bordeaux.

Philip Jenkins was educated at Cambridge University. He has taught at Penn State University and is presently a Distinguished Professor of History at Baylor University. He has published thirty books, which have been translated into sixteen languages. These include The Next Christendom: The Coming Of Global Christianity (2002); The Lost History of Christianity (2008); and Climate, Catastrophe, and Faith: How Changes in Climate Drive Religious Upheaval (2021). The Economist magazine has called him “one of America’s best scholars of religion.”