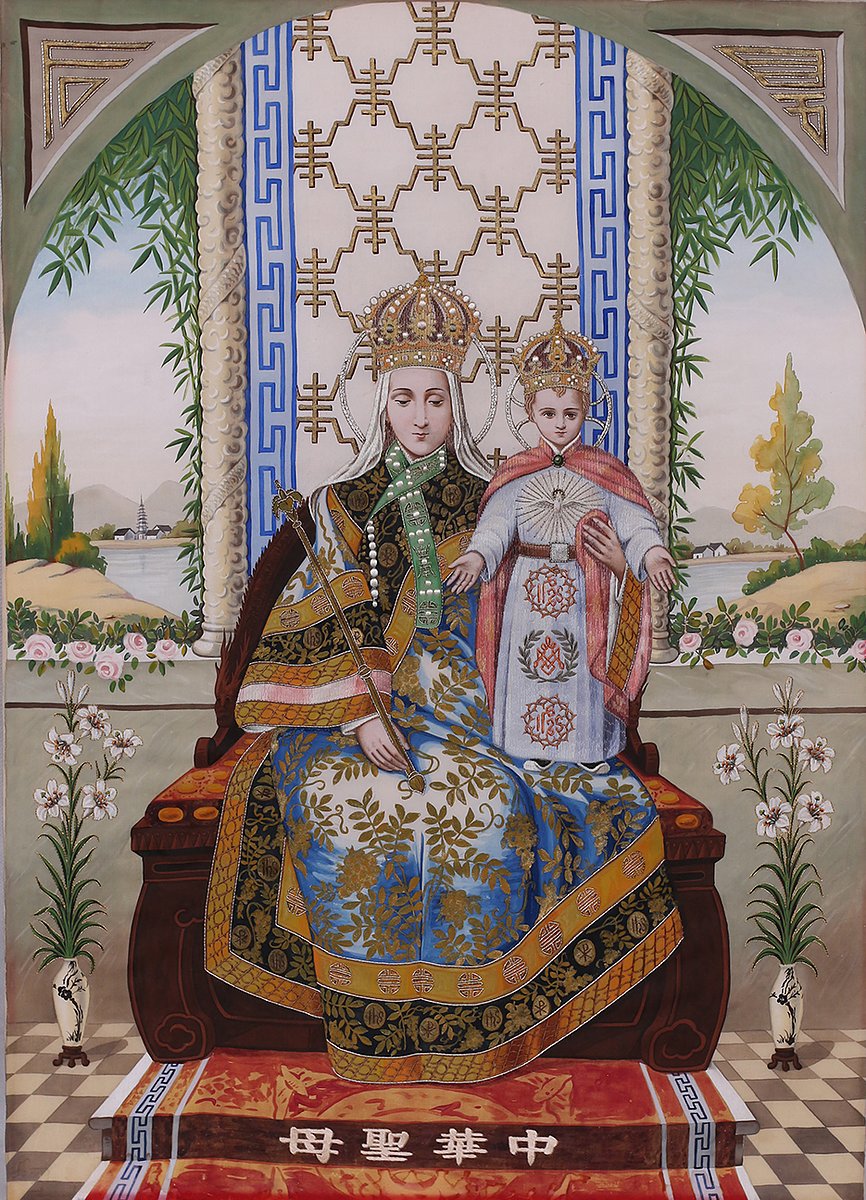 European globalism and the Chinese “all-under-heaven”(天下) worldview are two of the most significant influences on the dynamics of visual cultural exchange between East and West. (“All-under-heaven” is a Chinese term for an ancient Chinese cultural concept that denoted either the entire geographical world or the metaphysical realm of mortals, and later became associated with political sovereignty.) These worldviews may seem like opposites on the surface, but as cultural phenomena they also present some crucial parallels. Within China, the influence of European globalism hybridized with early-modern Chinese (re)-constructed cultural identity as hegemons of the Central Kingdom (of the world). This hybridization of European globalism and the Chinese “all-under-heaven” worldview is evident in artefacts of Chinese visual culture.

This lecture describes that hybridity as observed in Chinese Madonna icons made between the 16th and 20th centuries. These icons include the white-robed Chinese Madonna, currently in the collection of Chicago’s Field Museum, the 20th century icon of “Queen Mother-Empress Dowager,” and the consecrated “Our Lady of China” created during the 1920s. The lecture focuses in particular on accounting for iconographic variations vis-a-vis social-political contexts, including the social function of the icon, its audience, its circulation, and the materials used in its production of these transcultural icons.

Dong Lihui is currently assistant professor in the School of Arts at Peking University. She has received PhD degrees in both Art History from Tsinghua University and the University of Pittsburgh. Her present research project centers upon art exchange between the East and West, and visual culture studies. She is the author of Chinese Translation of Western Images: Christian Art in China in the 16th and 17th century (New Taipei City: Hua Mulan cultural affairs press, 2018).